Recently I had managed to acquire a brand new toy to play around with. It’s none other than the Philips Noodle Maker machine that I was coveting for since last year. It took me ONE Maybank TREATS fair and some help from friends to finally have this baby x3 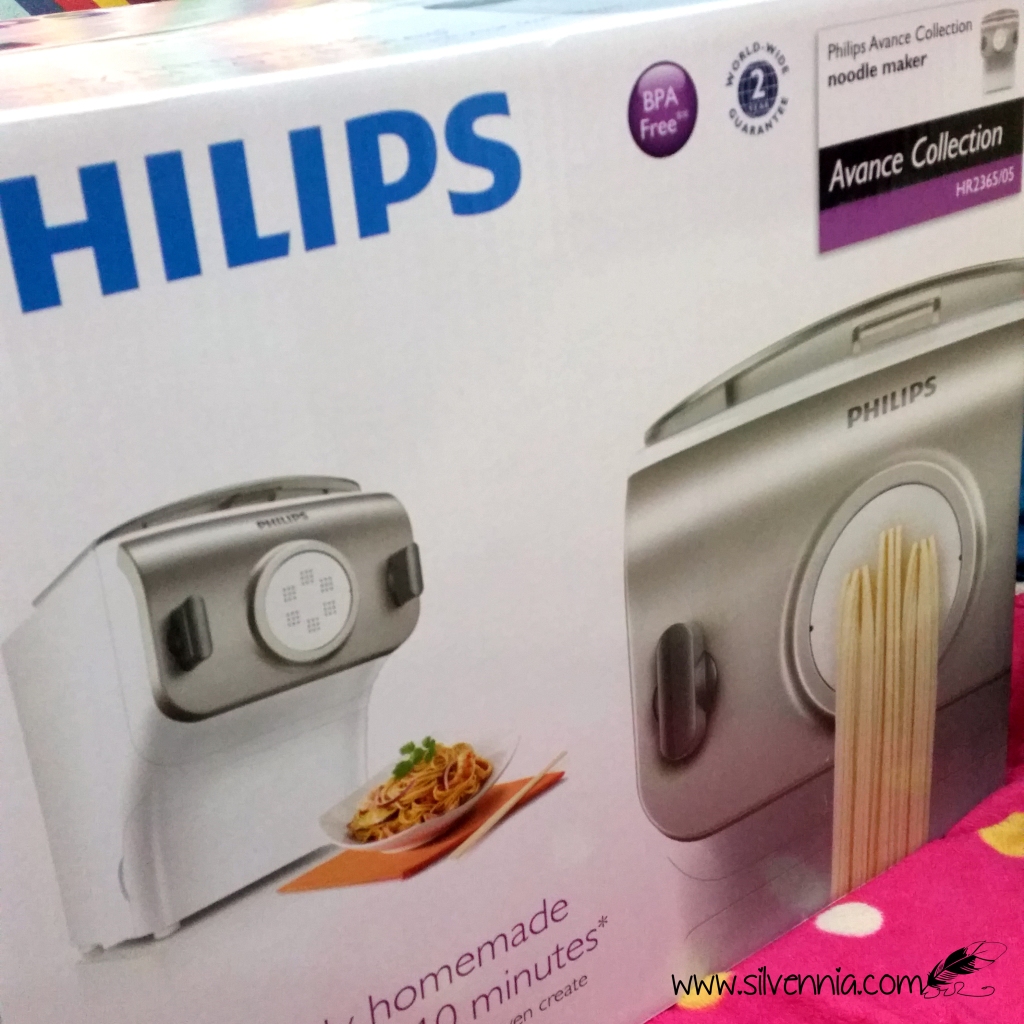 Was super duper happy and excited….even though I had to wait for two weeks to collect this precious cargo. I was one customer too late to bring back the ready stock from the TREATS fair *sobs* so my purchase had to be pre-ordered. Two weeks and one extremely annoying experience with AEON Big MidValley Megamall later, it has arrived! 😀 Unfortunately I was too upset to play around with it on the very night I had collected this package. My rage is summarized in this one post below.

First visit : I told him (cashier) why I’m here. He asked me to come back about 10 minutes later cause the guy in charge went off to buka puasa. It was 7.45pm (when I checked for the time) so I said ok, I’ll come back later. Purposely took my own sweet time with my own dinner (Kenny Rogers, opposite the electrical department) so that the guys can enjoy their meals nicely.

Second visit ROUND ONE : 8.45pm I went back in. This time the cashier was with a lady staff. I asked again politely. Lady (mumbled, and NEVER looked at me) muttered something. Cashier apologetically said that someone is getting the stock for me (he’s a somewhat bewildered shy guy, not local I think). I said ok, will wait.

Second visit Round TWO : walked around the area until I don’t know where to walk anymore. It was already 9ish. I glanced back at the cashier counter and to my disbelief there were about 5 staffs there. FIVE. AND NOT A SINGLE ONE LOOKING AT MY DIRECTION AS I WENT TO THE COUNTER. Ok well, two lady staff caught me looking and they just diddle away. I asked again. Cashier said guy is getting stock (seriously it is just one machine. I carried that same machine WITH MY LAPTOP BAG AND HANDBAG ALL THE WAY TO THE CAR).

Second visit ROUND THREE: 9.21pm. I got really pissed off. I had to rant so I stood in front of the cashier counter, whipped out my phone and started tweeting (passive aggressive of me, I know LOL). FINALLY a guy noticed my irritation (gee, did it finally show?). Approached me with that ‘what’s up can I help you’ look on his face. I gave him my receipt and he aah’ed and asked me politely to wait while he go get the stock.

I stood there in disbelief. Seems I waited so long FOR NOTHING?!?

In case you’re wondering…no. I didn’t lodge an official complaint. But I did tell the dude who had taken the noodle maker for me about my woes. He just grinned sheepishly and didn’t say anything. Uh, OK. But hey, that aside, I GOT MY BABY HOME (how many times have I said this already? hahaha). I’d love to show off more of the gadget itself, but I never really did take photos of me unboxing it; I was too excited lol! So instead, let me show you some photos of my failed, and not-so-failed attempts of my noodles hehehe. Note: Aside from the failed batch, I have never tried the rest. They were made for my friends and relatives 🙂 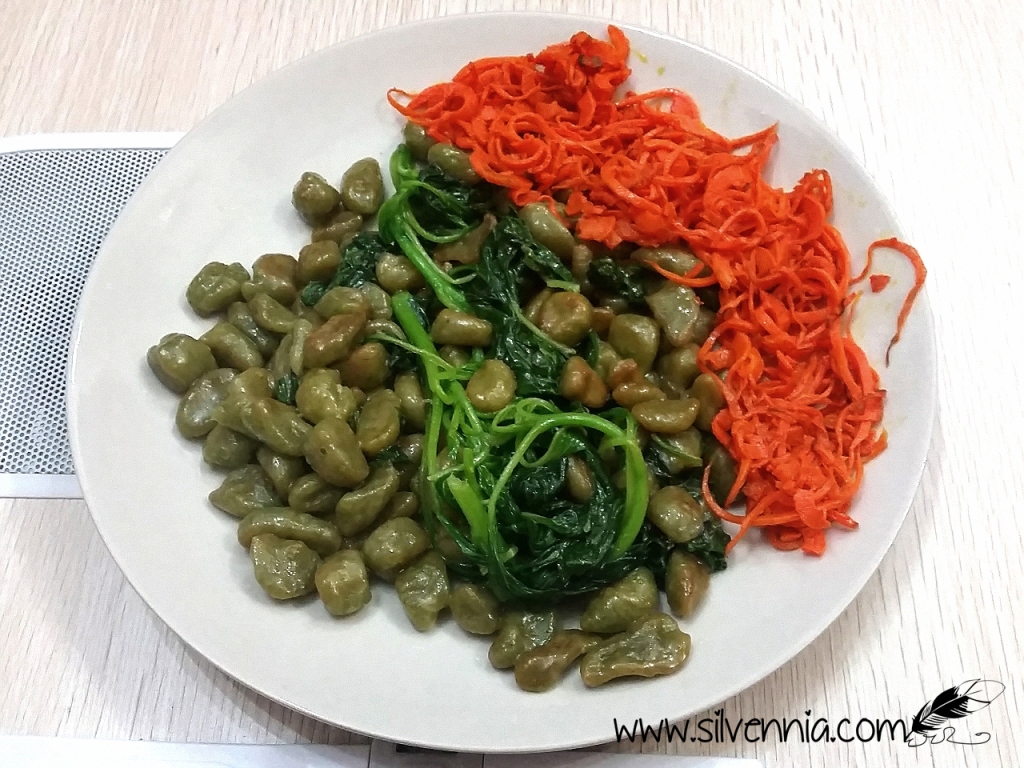 We (Cheryl and I) called this failed attempt, “Just Around The Riverbank” hahaha. Originally meant to be a Spinach Duck Egg Fettuccine, the batch turned out to be too wet lol. So we sorta gave up 1 hour later and made spaetzle instead. We had stir-fried the spaetzle with butter, salt, cayenne, and a bit of pepper…and a handful of remaining spinach. Carrots (which were spiralized with my vegetable spiralizer) was sauteed with some oil, salt and pepper. Result? Yum!

Fourth attempt was somewhat better! Yes, I had skipped second and third attempt lol. They were too…disastrous to be posted here T_T Unfortunately even though this was the fourth attempt, noodles turned out a wee bit too dry.For this attempt, I had used duck eggs, multipurpose wheat flour, a pinch of salt and cayenne, and dried coriander. The golden yellow looks splendid by the way No photo of ‘cooked food’ cause I had given them all to my friends for them to experiment with them. But according to a friend of mine, even her husband gave it a thumbs up, so yay!

Finally, something that looks awesome! Similar to the fourth attempt, this fifth batch uses chicken eggs instead cause I ran out of duck eggs hahaha 😛 Photo looks a bit weird cause I had started ‘flouring’ the noodles as they were pressed out from the mold. Didn’t want them to stick so much so I was experimenting here and there to find a solution. Seems ok, though in photos it does look somewhat weird lol. Again, no ‘food’ photos. Though my uncle had said that it was somewhat tough. I guess I need to reduce the ‘bounciness’ time for this! Ah well, any feedback is a good one as long as it is a constructive feedback 🙂

One thought on “Oodles of (homemade) Noodles”